ring a ding ding ding. its a new year post.

So, here we are. 2010. Isn't that the SEQUEL to that futuristic movie we all watched in awe and fear in the days of youth? Pardon my french, but how the fuck did we get to 2010? Period. Question mark, whatever. HOW did we get here?
HOW?
I mean, I remember ringing in 1984 with anticipation, every new years of the 90s are black spots in the ole memory bank. Remember the leading up to the new millennium and the chaotic conspiracies of Y2K? Remember ringing in 2001? I was in a bar, kickin it old school with vodka, soda and lime, time on my side and nobody to answer to. THAT seemed surreal at the time. *2001* No, it was surreal, flipping the calendar to the date of that far off film. And now? And Now. Here we are. Here, IN 2010. To quote Dave Matthews, *My mind is blown.*

But somehow I am so ok with it. I am oddly calm about it. Anticipating it, even. For me, that is huge. I don't generally anticipate anything in life. In the past anticipation has bitten me in the ass, so i tend to try and stay in the moment. I mean, i have a whole lot of fun in the moment, i just make sure to point my compass in the general direction i want to go, and go with it. But this year it feels different. Maybe I say that every year. This year, I am actually excited about what is to come. I feel like 2009 was a desert for me, a meandering into the wastelands, assessing fire pits and past travellers bones, leaving things behind, picking things up and and finding the strength to just trust my instincts. To journey back into the world of the living. to start a new DECADE anew. Wiser. Stronger. Refreshed.

And that is just what it feels like. The entire decade behind me could be a drama mini-series with my name on it. Truly. But I'm leaving that behind. This year is a new decade, and feel more ready to ride the wave of life than ever.

Which brings me to Resolutions. None here. I have been pretty good at keeping them in the past. In fact I have kept most of them. One could be an entire chapter in that mini-series. No kidding. it started out as *I will only accept men in my life who give me the respect i deserve* and ended with me somehow being celibate for the entire YEAR. By October my friends were cheering me on to make it to December. I made it. But only until about 12:07am Jan. 1. Good times those 90s. and 2000s. Where was I? ah! The present.

So now. Now I tend to pick a theme and just go with it. Last year, 2009, I promised myself I would observe the art of Patience. Learn the value in having it, learning to watch more and do less. Doing less. Less jumping to conclusions, rushing through each day, more reflection and the simple act of being patient. I think it has helped me immensely, i don;t feel so rushed and panicked on a day to day basis and I plan to continue to use its wisdom in the coming years. Isn't that better than unrealistic temporary goals? Isn't that the point?!

So this year, my new theme will be action. more action, less re-action. more doing, less thinking, more jumping, and leaping and flying and less holding the fort down for everyone else. more dancing in the front row, not sitting in the back. more more more. just more. if last year was the winter of my discontent, this is definitely my springtime. I plan on fully embracing it.

So yes. I will be getting on with some art related, DIY fun times. This little creative space wasn't ever intended to be a journal, but it has become one as of late. So be it. I will continue to write here, post here, intersperse some personal crap with some art.You know. No real plans. Some exciting developments that I am excited to share about one of my DIYs is to come, I will be sharing some of the details of my new business and I promise, I will blog about the quilts i made for my nephews in the coming days so stay tuned!

I really just wanted to say happy new year all, and that i hope the new year shapes out to be just what you need. and lots of Action for me :)

p.s. I also plan to put more emphasis on proper capitalization, spellcheck and punctuation in 2010. Fine. Less confusion for all, right?

p.p.s. I still hate to re-read the entire post before publishing. This may be evident at times. Such is life.
posted by leel at 1:17 PM

Sounds like you're starting from a place of wisdom. Three cheers for YOU!

Happy New Year Sista.... I don't re-read before I post either. LOL. I think I am such a big fan of stream of consciousness simply because I'm lazy.
I hope 2010 is the year all your dreams come true lovely Lady

Happy New Year, I just love your post and your approach and your philosophy about the past and the present, I should read this every morning. I hope you have a great year. I hope we all do!
Best Wishes,
Mel

ps, I'm getting worse and worse with the typos, but at least I'm getting the thoughts out there rather than lurking!

Just want to say what a great blog you got here!
I've been around for quite a lot of time, but finally decided to show my appreciation of your work!

Thumbs up, and keep it going!

who is this 'leel' anyway?

leel
Ottawa, Ontario, Canada
a girl in her late thirties, a shy artist, a lover of blue skies, design, furniture, human rights, gardens, bare feet and little birds. her dog, cats and husband (the bub) are one big happy family... most days. working through the crazy others. she often obsesses over circles, little bowls & spoons, and the numbers 1, 2 & 4, contentment is the destination. laughter helps.

all the kool kids kiva

label me. go ahead. 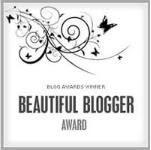